You are now leaving consilienthealth.ie

Inclusion of any third party link does not imply an endorsement or recommendation by Consilient Health Ltd.

Health have delivered in excess of 20 free online webinars to GPs and other HCPs on topics such as Bone Health and Vitamin D, Women’s Health – Contraception and Menopause over the past year.

We are delighted to have had two of Ireland’s most eminent specialists in women’s health speak on the subject of Menopause – Dr Deirdre Lundy, GP Bray Women’s Health Centre, Bray, Co Wicklow and Dr Caoimhe Hartley, GP and Founder of Menopause Health, Dalkey, Co. Dublin. Both speakers delivered excellent presentations on this oftentimes challenging consultation. 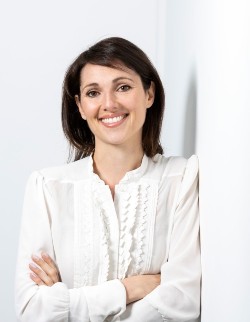 Consilient Health Ireland has announced that the safety results from the PRO-E2 real-world safety study for Zoely® (NOMAC-E2) have been published in The European Journal of Contraception and Reproductive Health Care (EJCRH).1

The primary objective of the real-world study was to assess and compare the risk of cardiovascular events* in NOMAC-E2 users with COC-LNG users. For the main clinical outcome, the risk of VTE† was as least as low with NOMAC-E2 as with COC-LNG, consistent with findings of previous studies (0.59 Hazard Ratio [HR]† 95% confidence interval [CI], 0.25-1.35).1

All 14 secondary outcomes of the study were met, with the risk of severe adverse events and depressive disorders or changes in weight or acne score with NOMAC-E2 comparable to COC-LNG.2

The safety and efficacy publications were accepted by the EJCRH in September. The publication on safety results is available online:
https://www.tandfonline.com/doi/10.1080/13625187.2021.1987410

Results have also been submitted to the European Medicines Agency (EMA) and will be presented at the European Society of Gynecology congress in November this year.

As part of our ongoing commitment to Healthcare Professional Education, we at Consilient Health have delivered in excess of 20 free online webinars to GPs and other HCPs on topics such as Bone Health and Vitamin D, Women’s Health – Contraception, Uro-Gynae Topics and Menopause over the past year.

We are delighted to have had two of Ireland’s most eminent specialists in women’s health speak on the subject of Uro-Gynae Topics. 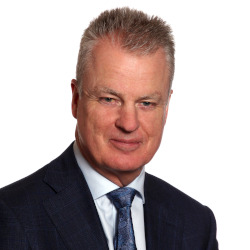 Consilient Health wish to acknowledge and thank our health care professionals for the vital care they have provided to Irish patients throughout the COVID-19 pandemic.

In response to the COVID-19 pandemic, Consilient Health has put in place several measures to safeguard the health of our employees and other stakeholders whilst maintaining business continuity.  This includes providing the necessary PPE and sanitation supplies to all staff and reconfiguring our office environment so that frequent hand sanitation and social distancing can be maintained. Until further notice, all Consilient Health employees will work from home where possible and are available via email, telephone and virtual meetings. All company staff are encouraged to adhere to the latest government guidance.

If you wish to report a suspected adverse reaction or request product information please email drugsafety@consilienthealth.com To find out more about COVID-19 and get the latest information on the pandemic, please visit the WHO website: https://www.who.int/

Consilient Health Ltd launched a company-wide, ‘One Step at a time’ group walking challenge in Quarter 4 2020 to encourage staff members to keep fit and raise money for charity at the same time. From a field of eleven very active teams, Team Ireland were delighted to be named the 1st runner up with £250 prize money going to their chosen charity, Thrombosis Ireland.  Consilient Health Ltd. are delighted to support Thrombosis Ireland.

Consilient Health are pleased to announce an agreement with Theramex to market, sell and distribute a range of Theramex’s women’s health and bone health products including Evorel®, Estrena®, Zoely®, Actonel® and Optinate® in the four major Nordic markets and the Republic of Ireland. The agreement also includes an option to distribute Theramex’s pipeline products.

Consilient Health’s CEO, Ahmed Al-Derzi, commented on the deal stating: “Theramex have built, and continue to build, a strong portfolio of medicines in women’s health and bone health. This partnership will build on Consilient Health’s strong track record in these therapy areas and ensure both Theramex and Consilient Health success in the Nordics and Ireland with marketed and pipeline products.” Country Manager for Ireland, Deirdre Kelly added: “Women’s health is a key priority for Consilient Health. With the Theramex product portfolio, we look forward to partnering with Health Care Professionals and other stakeholders to provide a range of clinically relevant medicines and support services that will positively impact the health and lives of Irish female patients.” Henrik Sahl, Country Manager for the Nordics also noted the strong links: “We have had good success in the bone health area and look forward to working with Theramex on their current and future products that support women’s health and wellbeing.”

“We are pleased to have secured this agreement with Consilient Health as it allows Theramex to focus its commercialisation efforts on its core growth markets while leveraging the expertise and experience of Consilient Health in the Nordics and Ireland. We are confident that our combined commitment to women’s health will create further value to the Theramex brand and ensures more women will have access to these important medicines,” commented Robert Stewart, CEO of Theramex.

Theramex is a leading, global speciality pharmaceutical company dedicated to women and their health. With a broad portfolio of innovative and established brands covering contraception, fertility, menopause and osteoporosis, we support women at every stage of their lives. Our commitment is to listen and understand our patients, serve their needs and offer healthcare solutions to help improve their lives. Our vision is to be a lifetime partner for women and the healthcare professionals who treat them, by providing innovative and effective solutions that care for and support women as they advance through each stage of their lives.

Consilient Health has launched a new website called yourbonehealth.ie. The website has been developed for patients who have been prescribed Cadelius. The website features a range of information about Calcium and Vitamin D and Osteoporosis. Answers to frequently asked questions, recipes for good bone health and a patient booklet written by Irish Dietician Paula Mee are only one click away.

Studies have shown that people who are very deficient in vitamin D and those receiving daily or weekly supplementation without additional bolus doses experienced particular benefit.  See the following link for more information https://www.hindawi.com/journals/isrn/2013/246737/

Consilient health and Amgen have co-sponsored a patient booklet called “Eat well for bone health “. The booklet which is written by Irish Dietician Paula Mee, is for patients who are either at risk of Osteopenia or Osteoporosis or have been diagnosed with one of these bone conditions.  The booklet provides information on optimal levels of nutrition for bone health including Calcium and Vitamin D.  Copies of the booklet are available from your local sales representative or by calling 01 2057760.

Create your own user feedback survey